1. Compressing air as the cooling mechanism keeps the concentrator from becoming overheated
2. Taking air in from its surroundings
3. Using an electronic interface to adjust delivery settings
4. Removing nitrogen from the air through sieve beds and a filter
5. Delivering purified oxygen through a mask or nasal cannula

Patients who required oxygen therapy in the past mainly relied on pressurized oxygen tanks. Even though these tanks are extremely effective, they’re also fairly inefficient with the suppliers having to visit the patients regularly to replenish their oxygen supply in their tank.

A few examples of acute conditions where you would need the use of an oxygen concentrator for short-term oxygen therapy are:

Asthma: This condition is where your airways become inflamed and begin producing a lot of mucus, which makes it harder to breathe. While there are a number of pharmaceuticals that can treat and control asthma, an oxygen concentrator can pump high levels of oxygen into the bloodstream of the patient while they’re having or have already had an asthma attack.

Pneumonia: Pneumonia is an infection where you develop inflammation in either one or both of your lungs’ air sacs and in many cases, fill them up with fluid. Many pneumonia patients have been prescribed oxygen therapy and have seen good clinical outcomes.

In some cases, after surgery, you may need oxygen for a short period of time.

Generally, you can’t buy an oxygen concentrator over the counter. A doctor must prescribe it after they’ve completed a thorough medical evaluation. The doctors will also typically show the patients how to effectively use these concentrators while traveling and in their home.

Oxygen concentrators filter surrounding air, compressing it to the required density and then delivering purified medical grade oxygen into a pulse-dose delivery system or continuous stream system to the patient.

It’s also equipped with special filters and sieve beds which help remove Nitrogen from the air to ensure delivery of completely purified oxygen to the patient. These devices also come with an electronic user interface so you can adjust the levels of oxygen concentration and delivery settings. You then inhale the oxygen through the nasal cannula or special mask.

You generally measure the oxygen concentrator output in LPM (liters per minute). Your doctor will determine what level of oxygen you need, which may vary at rest, during sleep, and when you exercise.

There are many reasons for an oxygen concentrator and doctors can recommend oxygen therapy to their patients for various medical conditions. Typically, your lungs absorb the air’s oxygen, transferring it into your bloodstream.

If you’ve had bloodwork or pulse oximetry recently performed to assess your oxygen saturation levels, and you were found to have low levels of blood oxygen, your doctor may recommend short-term or long-term oxygen therapy. 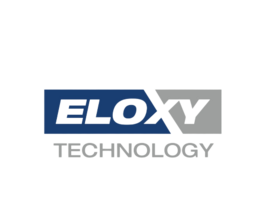 7. How Does an Oxygen Concentrator Work?

Chronic obstructive pulmonary disease (COPD): COPD affects around 16 million people, but an oxygen concentrator can be an effective treatment. When you have COPD, you have chronic lung damage which makes it difficult for your lungs to absorb enough oxygen. As a result, you can have difficulty breathing, and oxygen therapy through a concentrator can help.

Cystic fibrosis: You inherit this life-threatening condition. It causes digestive system and lung damage. It’s a rare condition that affects the body’s cells responsible for producing mucus, sweat and digestive juices. The fluids are changed which result in a stickier, thicker solution that plugs the ducts, tubes, and passageways of the individual infected.

Sleep Apnea: Sleep apnea is a sleeping disorder that can be serious and cause the individual’s breathing to sporadically stop and start during their sleep. Usually, treatment for this condition is continuous positive airway pressure (CPAP), weight loss and physical exercise, though some people with sleep apnea may require oxygen therapy.

An oxygen concentrator is a device that concentrates the oxygen from a gas supply (typically ambient air) by selectively removing nitrogen to supply an oxygen-enriched product gas stream. With inbuilt Air Compressor, Cooling system and Zeolite Sieve. Production Method in common is called as pressure swing adsorption technology

2. What does an oxygen concentrator do?

Corona Virus can cause a lot of respiratory distress and most patients who do die are as a result of extreme respiratory failure. With these sorts of symptoms, oxygen concentrators can prove to be very helpful in providing supplemental oxygen to relieve pain or difficulty breathing, and shortness of breath. Extra oxygen can also help to expedite the body’s healing process.

1. What is OXYGEN CONCENTRATOR?

4. What are the Uses and Reasons for an Oxygen Concentrator?